In recent years, Museum De Lakenhal approached a couple of artists to perform special art commissions during the restoration and expansion of the museum. The results can all be viewed in the museum. The artists and designers took their inspiration from the collection in all its breadth, and from the history of Museum De Lakenhal. In so doing, they add a new, topical perspective on art, craftwork and the history of Leiden.

Mark Dion (1961, USA) has designed the fascinating, glow-in-the-dark The Leiden University Phantom Cabinet above the University Chamber, which is based on the early scientific collections of the museum and the City of Leiden. In the style and tradition of the Kunst- und Wunderkammer, Dion plays with scale and copies, ordering objects according to an idiosyncratic method.

Despite advances in science and technology, magic remains timeless. Sophie Ernst (1972, Baarn) examines that phenomenon in this four-part theatrical projection: from apparitions, via shadows and reflections, the camera obscura and smoke projections to Pepper’s Ghost illusions. All the recordings were made in Leiden using local people as extras. Ernst’s film in the Magic Room is combined with objects from Museum De Lakenhal’s special magic lantern collection.

Kolk & Kusters (Eindhoven) designed a special colour palette, which was inspired by the pigment use of Rembrandt Harmenszoon van Rijn – a painter born and bred in Leiden – and which fits in seamlessly with the museum and its history. The Rembrandt palette is made of two layers and has been used in all the halls devoted to collections of pictorial art, craftwork and history in Museum De Lakenhal, and can be recognised in the colour steps at the thoroughfares.

Graphic designer Hansje van Halem (1978, Enschede) designed the expedition door on the Lammermarkt side for the museum. Her work is characterised by geometric, repetitive and sometimes almost psychedelic patterns. The series of imprints was printed in relief onto steel plates and alliterates beautifully with the brick motif of the new Museum De Lakenhal wing.

Karin Borghouts - Photos of the museum in transition

From 2016 to 2019, Flemish photographer Karin Borghouts (1959, Belgium) used her camera to record the renovation process in Museum De Lakenhal. She wandered through the museum on countless occasions, seeking powerful images of demolition, of rediscovered historical structures, and of the renovation chaos; but she also looked for inconspicuous details. These still-life images of the deserted museum spaces under renovation have been included in the collection and were displayed for a couple of months after the reopening of the museum as an eye-witness report on a past phase: the museum in transition. The series of photos was also published in 2019 in the ‘Museum De Lakenhal’ book.

For the auditorium, textile designer Aleksandra Gaca (1969, Poland) designed a wall covering with an acoustic function. Gaca drew the inspiration for her pattern from the renowned artist Theo van Doesburg (1884-1931) who, one hundred years ago, founded the famous international journal ‘De Stijl’ based in Leiden. Unusual bindings and fabrics make for subtle alternations in colour and shine. The cloth was developed in the TextielLab | TextielMuseum in Tilburg.

In designing the new leaded glass windows, Iemke van Dijk (1969, Wassenaar) took her inspiration from the contextual history of the objects in this space, in which the interior of a 17th century clandestine church is exhibited. The starting points for this work were order and chaos. She designed a grid of rectangles that become steadily smaller as they ascend. With this, she makes reference to ‘the higher’. The leaded fracture lines refer to the schism between the Catholic and Protestant faiths towards the end of the 16th Century.

This tapestry by Ankie Stoutjesdijk (1973, Den Haag) – which takes a central place in the Backyard – is a topical, artistic infographic. Using woven text and images, Stoutjesdijk sketches the development of the city and region of Leiden from 1200 to the present.The tapestry is a contemporary addition to the museum’s textile collection, and was developed in the TextielLab | TextielMuseum in Tilburg.

In the installation ‘MMXIX’ (2019 in Roman numerals), Thomas Raat (1979, Leiderdorp) plays with contradictions: figuration/abstraction, handwork/mass production, art/design and bourgeois values as opposed to modernism. The sentimental 1921 drawings of fawns by Han van Meegeren – which are extremely popular in Dutch living rooms – form a new, modernist structure and almost abstract reality. These show monochrome transitions of materials commonly used in modernist architecture from the 1920s and 1930s onwards.

Museums are about the passage of time. With this in mind, Museum De Lakenhal asked poet, writer and classicist Ilja Leonard Pfeijffer (1968) to compile an anthology. He selected six poems from Dutch literature, ranging from poet, playwright and historian P.C. Hooft (1581-1647) to football legend and linguistic artist Johan Cruijff (1947-2016). He also wrote a sonnet about the passing of time especially for Museum De Lakenhal. That way, Pfeijffer adds some life to this parade of deceased poets.

Museum De Lakenhalle has breathed new life into the history of Leiden Cloth. Five artists and designers have designed a contemporary version of Leiden Cloth, inspired by the museum’s collection and the craft behind it. This ‘New Leiden Cloth’ is for sale exclusively in the museum shop. Read more about the New Leiden Cloth here. 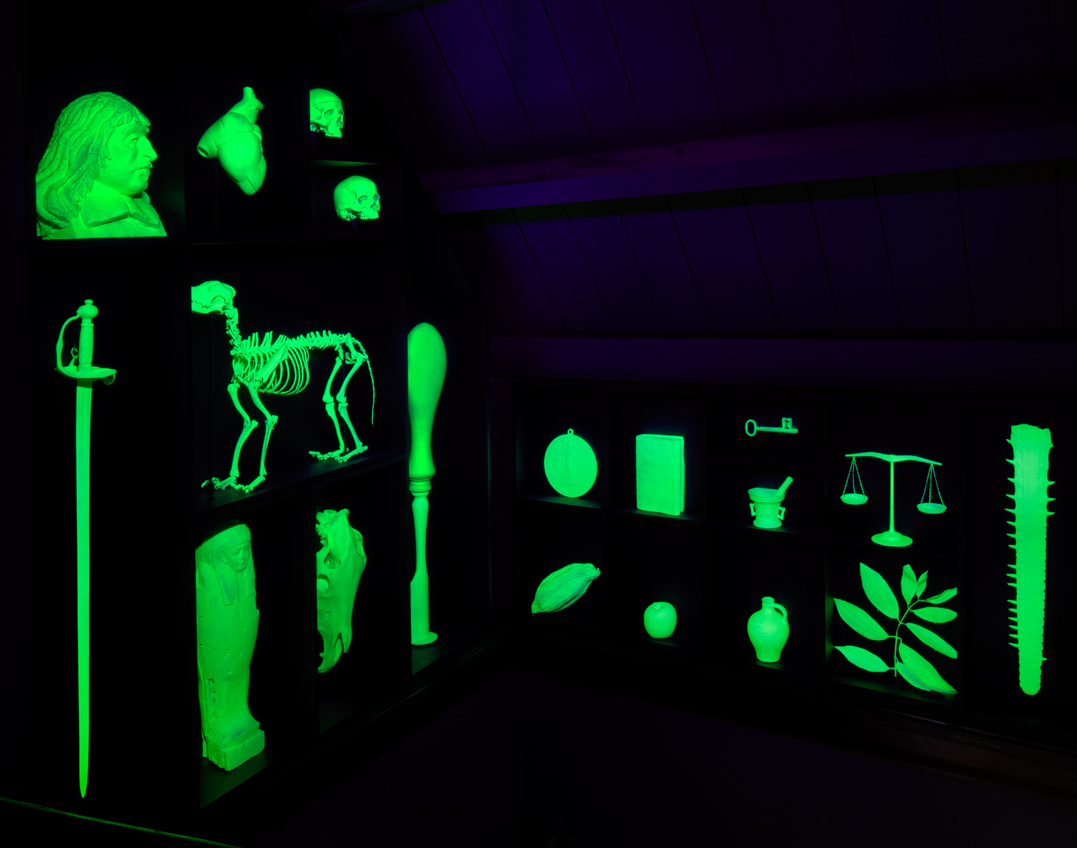 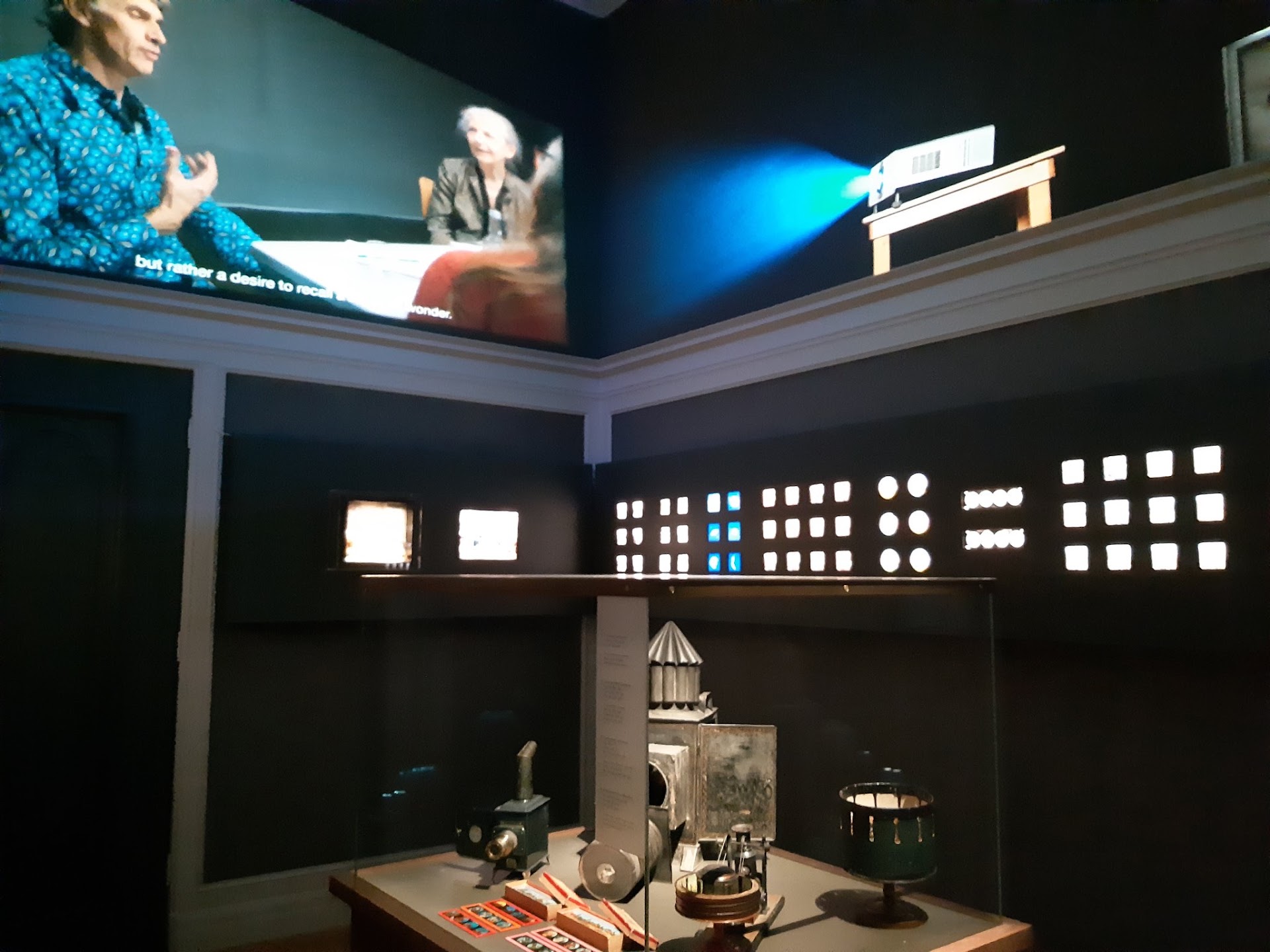 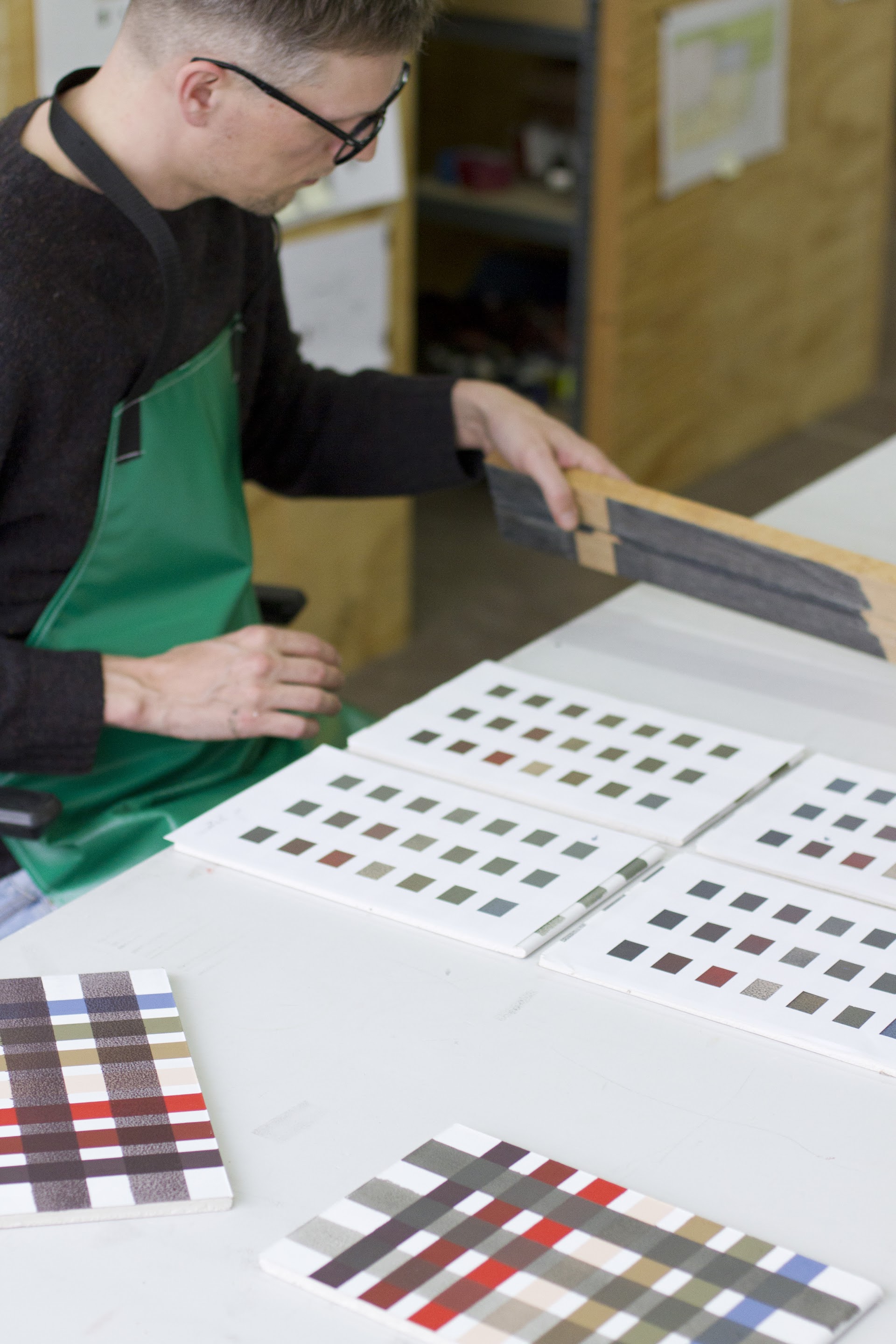 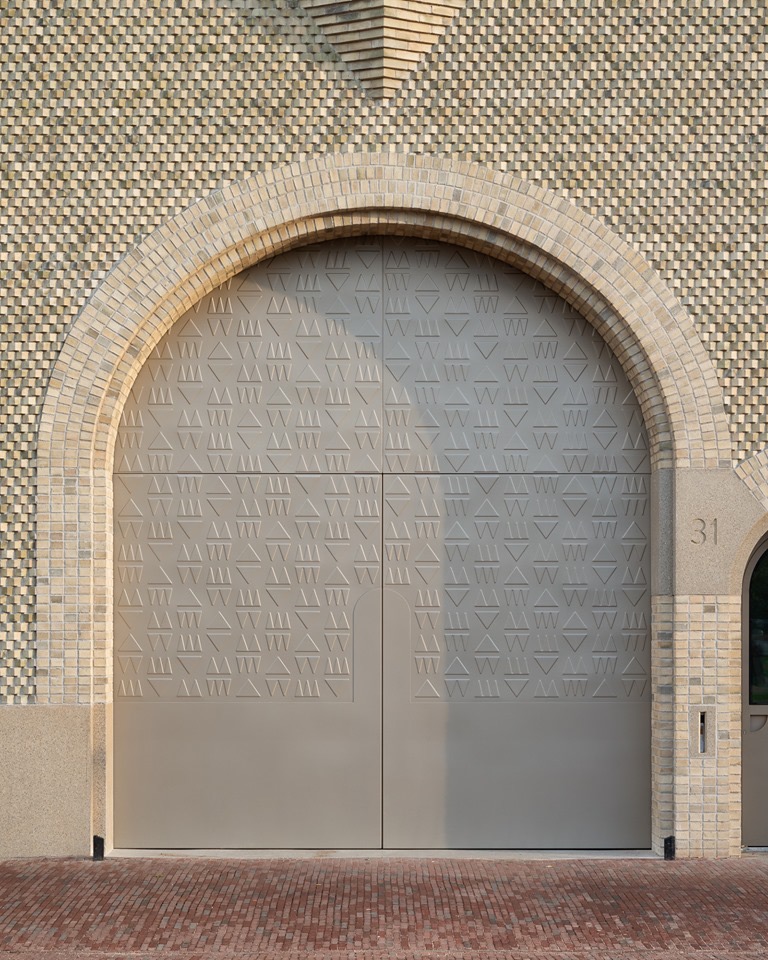 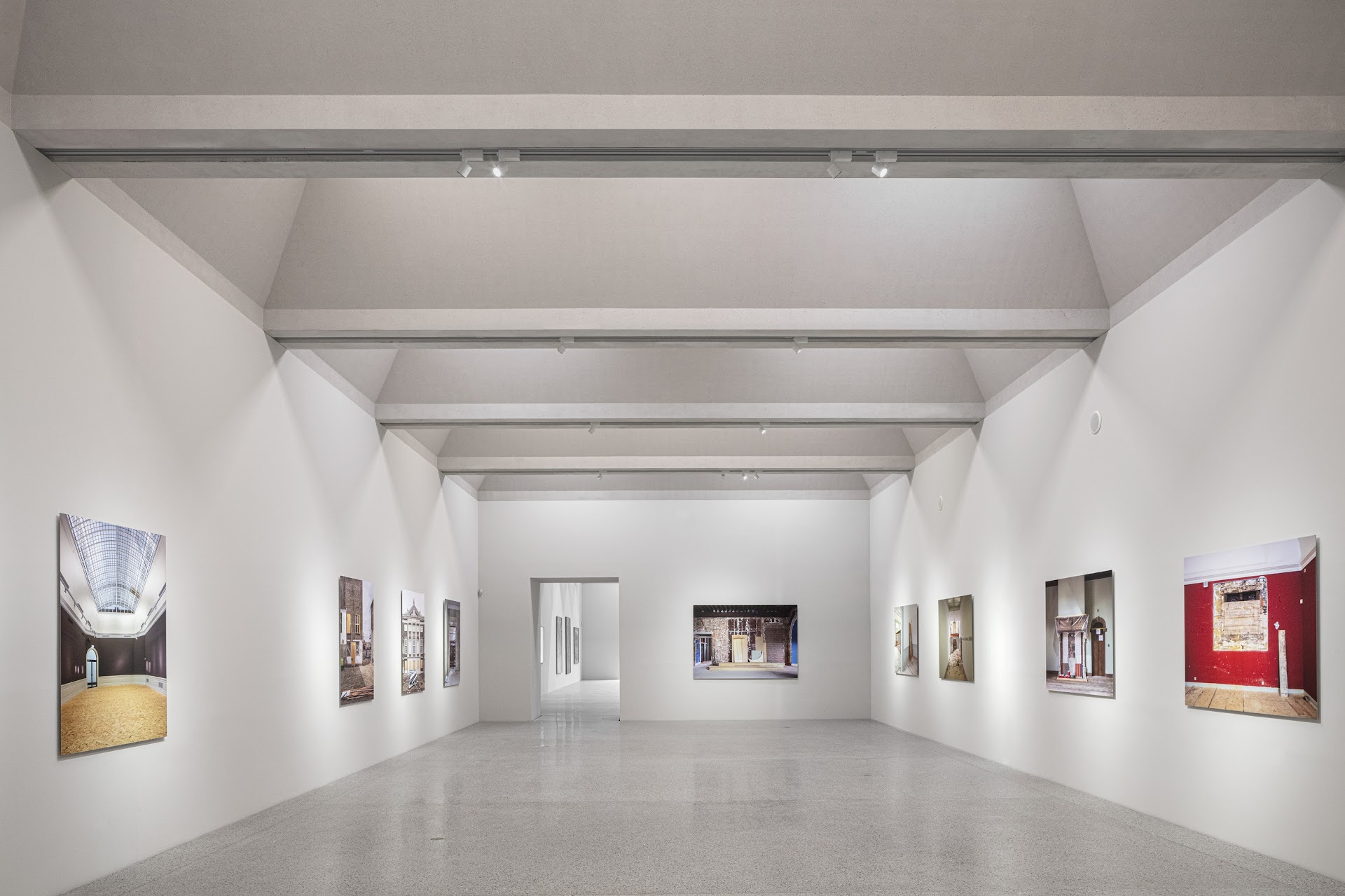 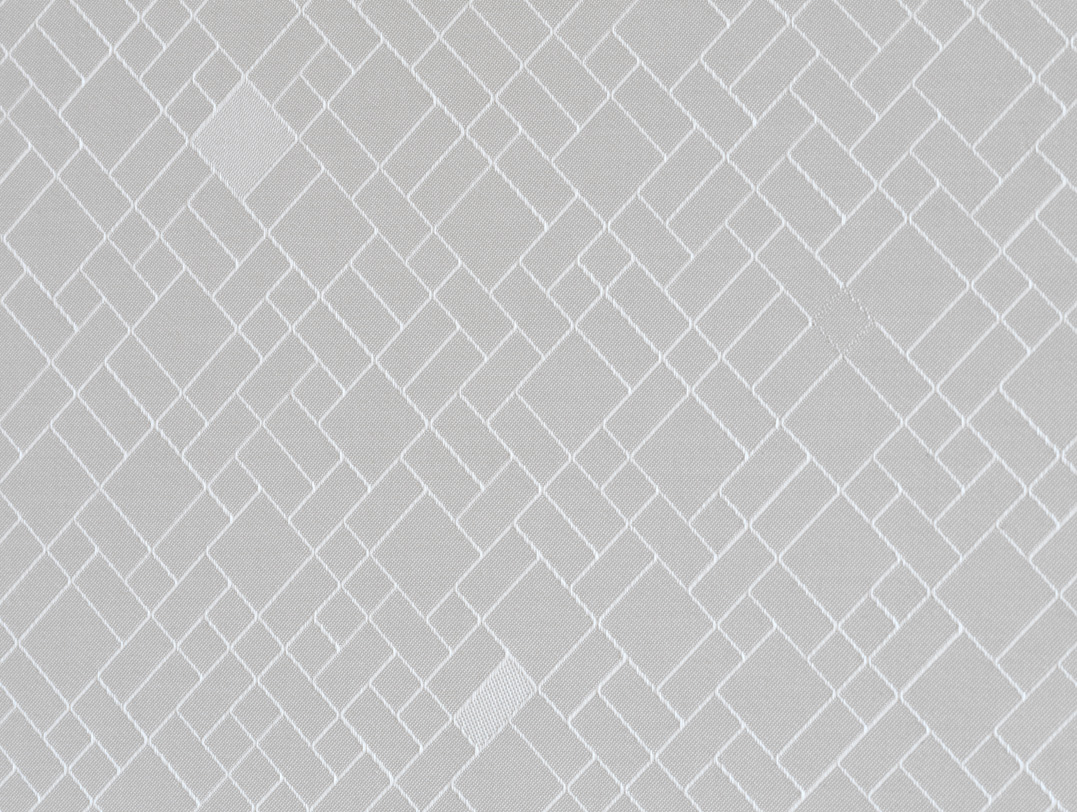 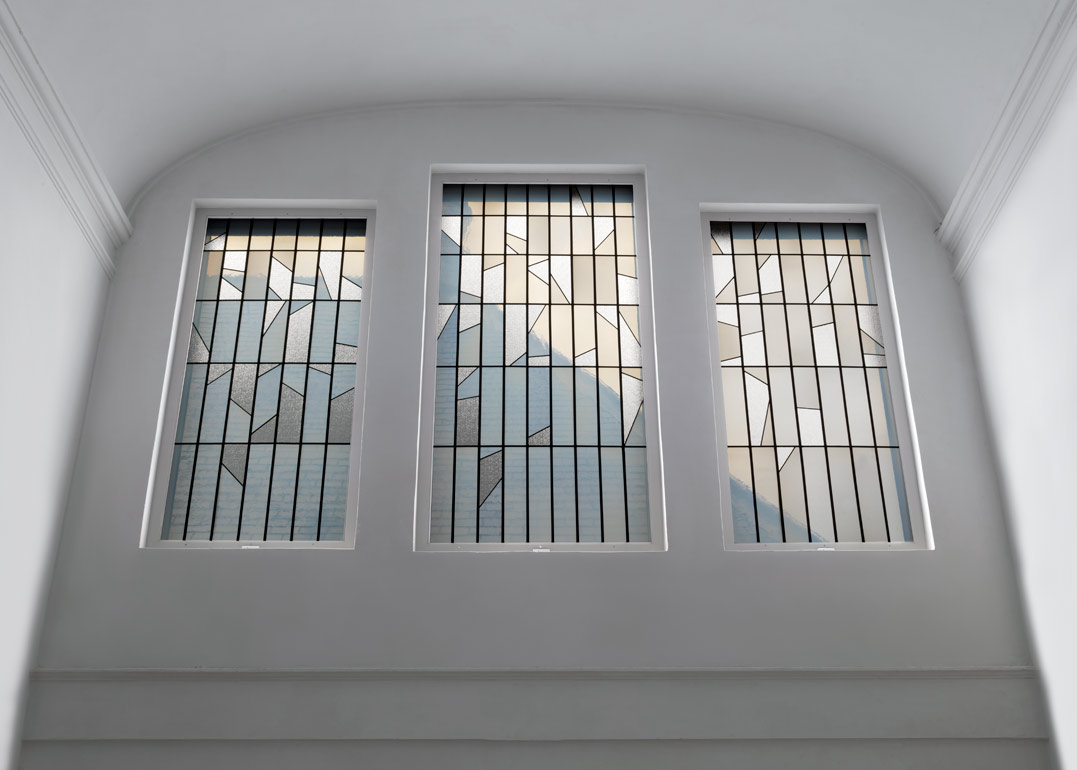 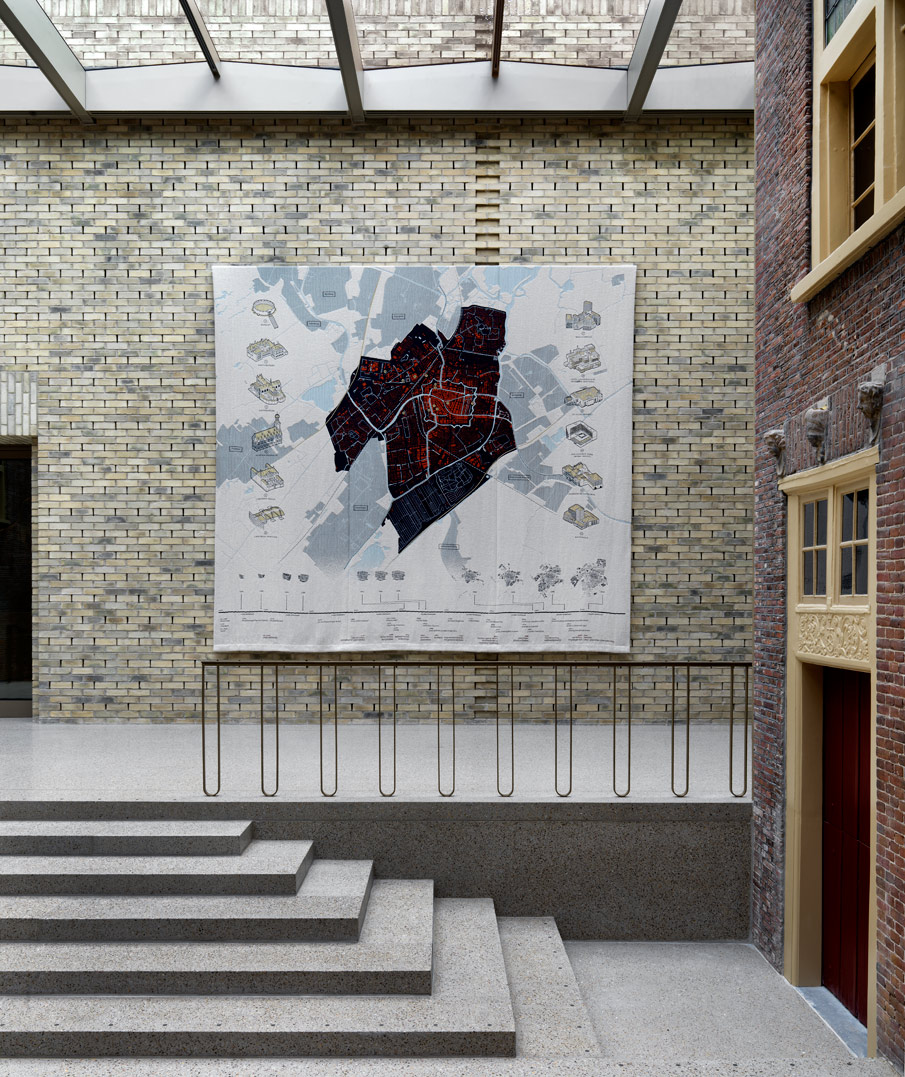 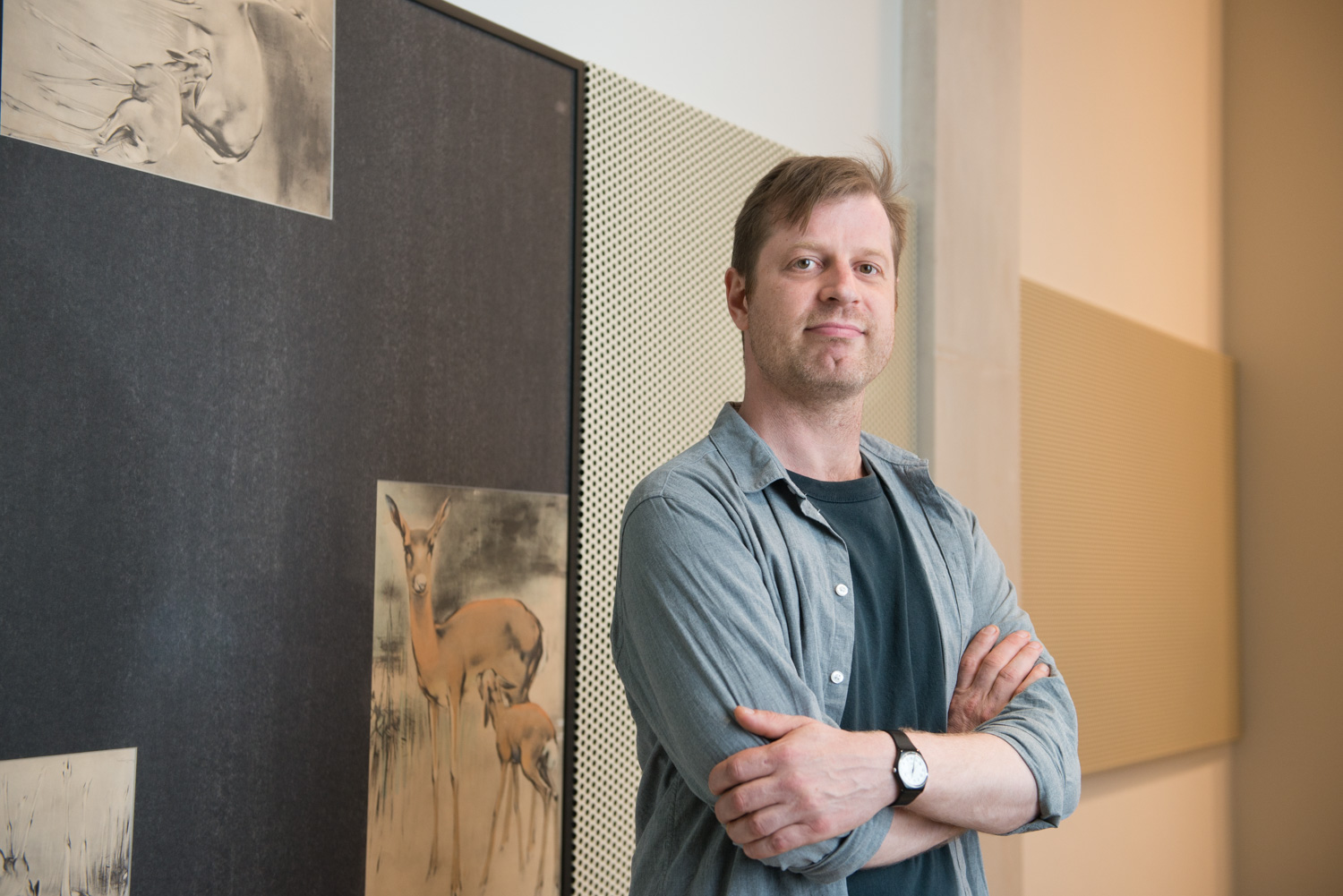 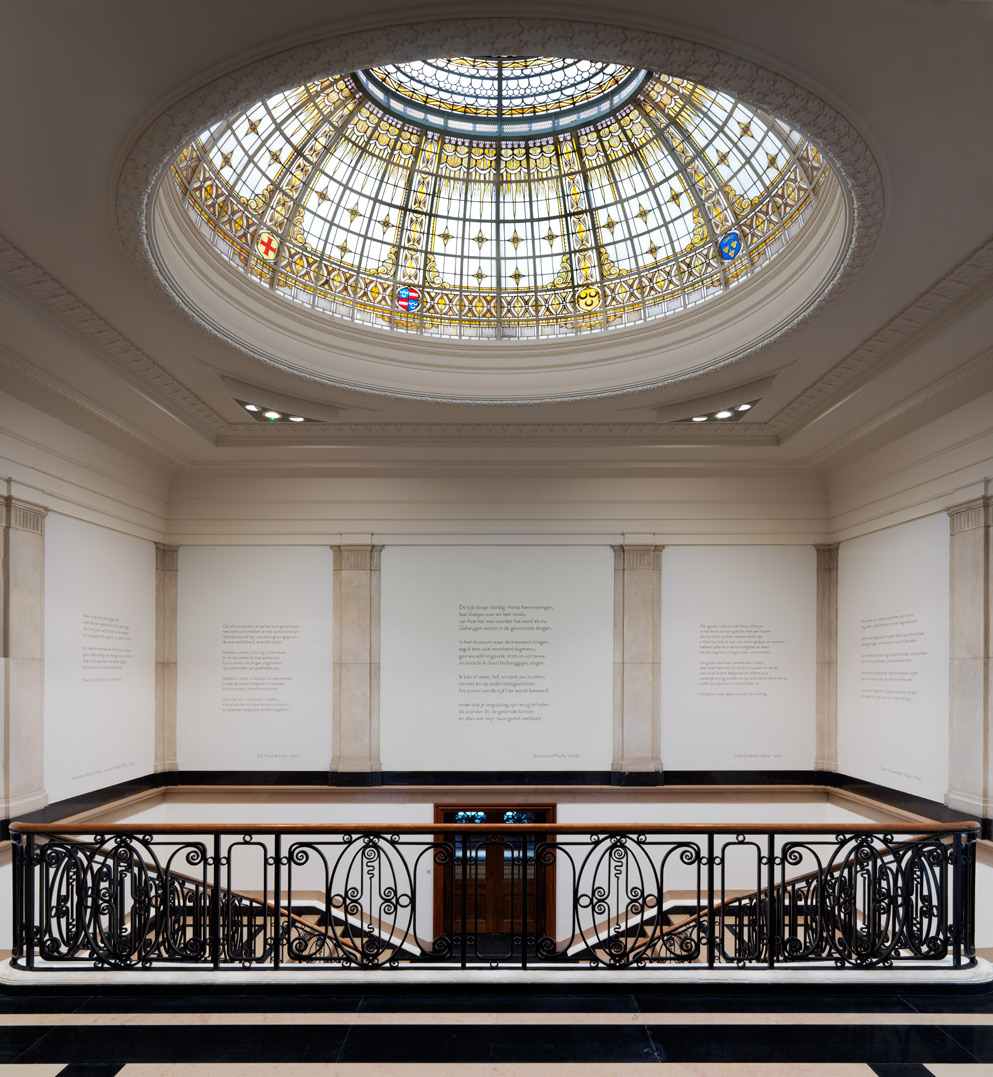 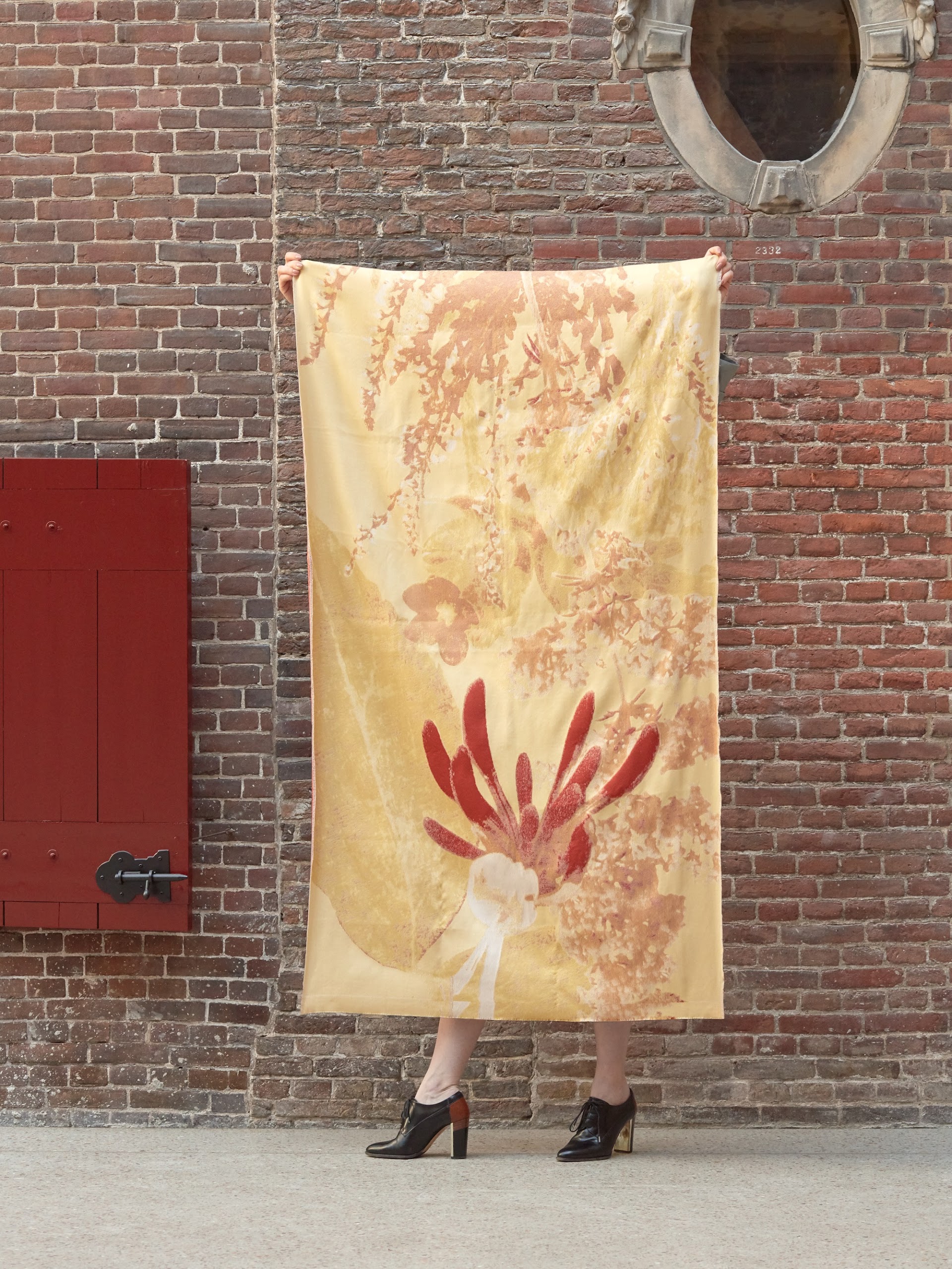