Every year around 3 October, Leiden celebrates exuberantly. For a few days, the city is upside down and everyday life comes to a standstill. The people of Leiden eat 'hutspot', herring and white bread, and sing at the Reveille. Why? For that we have to go back to the second half of the 16th century.

Hunger, disease and a hopeless situation. This is what the inhabitants of Leiden had to deal with in 1573-1574. During the Eighty Years' War, the city was surrounded by the Spanish troops of King Philip II, who were determined to starve the inhabitants of Leiden into submission and to conquer the city. The citizens are divided: surrender or hold out? It is estimated that over 6,000 people died, almost half of the population at the time.

Famine is a major cause of death, but diseases such as the plague and dysentery also spread quickly due to the weakened resistance. To make matters worse, there is a shortage of beer, so that people are forced to drink dirty canal water. According to tradition, mayor Van der Werf offered his own body as food for the hungry citizens at the height of the emergency. Mattheus van Bree later depicts this dramatic self-sacrifice on an enormous painting.

Many hungry people slipped away from the city. Some of these 'glippers', traitors, even give the Spanish troops strategic information about the situation in the city. Later, the insult changed from 'glipper' to 'glibber' and became a nickname for the people.

Eventually, William of Orange's army and the Sea Beggars breach the dykes of Holland. In the night of 2 to 3 October 1574 the polders around Leiden were flooded and the Spaniards fled. Through the flooded areas in the early morning of 3 October dozens of Water-beggars arrived. They liberate the city and hand out herring and white bread. In the abandoned camp of the Spaniards, near the Lammenschans, they find a kettle of stew.

On 3 October the people of Leiden still celebrate the Relief of the Germans with herring, white bread and 'hutspot'. The kettle is the symbol of perseverance and survival of the famine by the citizens. Early in the morning during the Reveille, the mayor and the aldermen sang the Wilhelmus and other patriotic songs together with the people of Leiden.

In 2011, Museum De Lakenhal presented an exhibition on the history of the Siege and Liberation of Leiden. DeVrijerVanDongen made this animation film.

Almost 450 years later, in 2011, Erwin Olaf staged and photographed this historical scene, commissioned by Museum De Lakenhal and Leiden University. Erwin Olaf situates his dramatic performance in Leiden's Pieterskerk and has 'ordinary' Leiden citizens appear alongside professional models. Not only because of the real people in the photo, but also because of the small contemporary details that Erwin Olaf hid in the photo - an iPod and reading glasses, for example - the photo is an absolute audience favourite in the museum.

Listen more about the siege and relief of Leiden 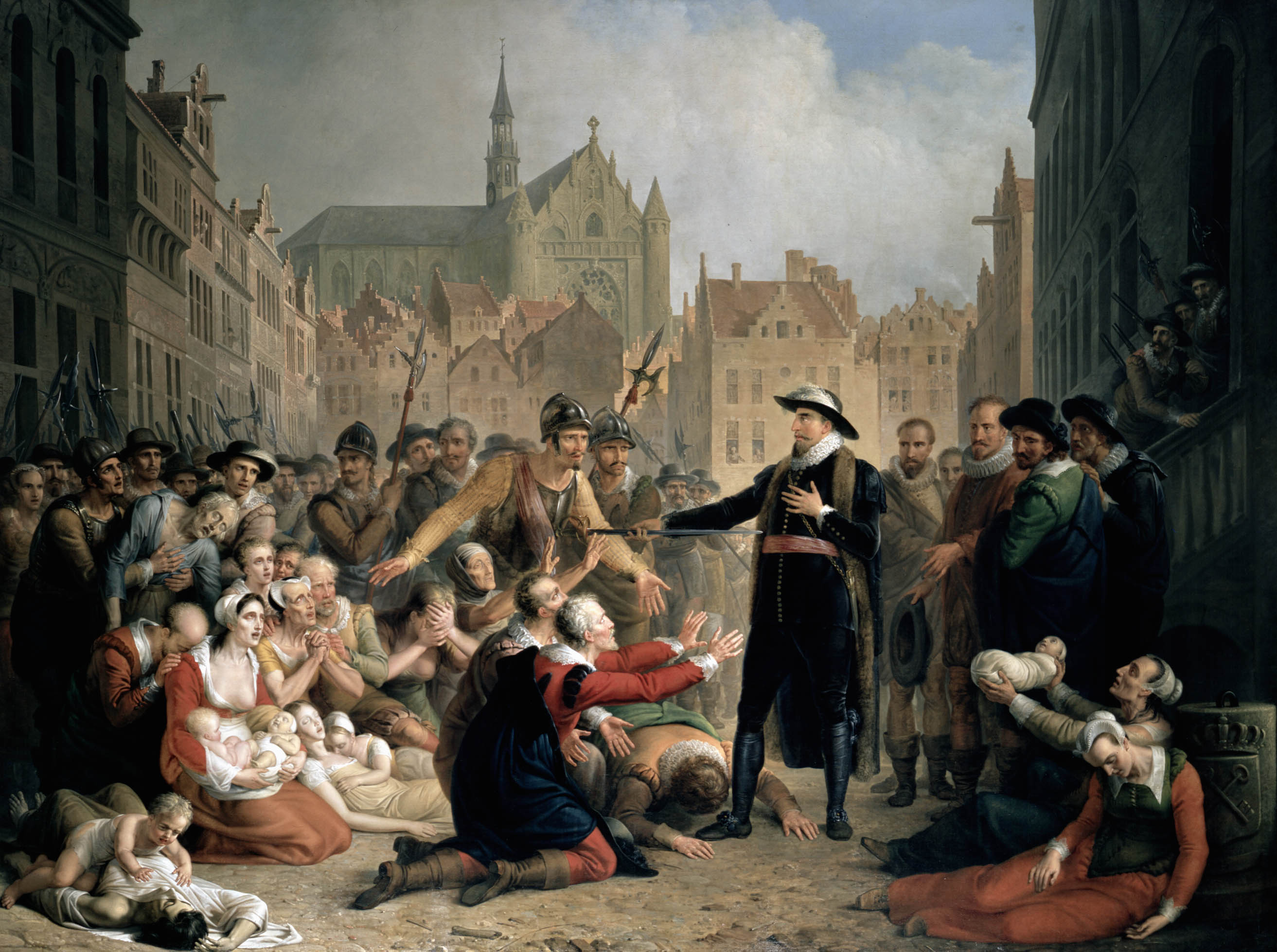 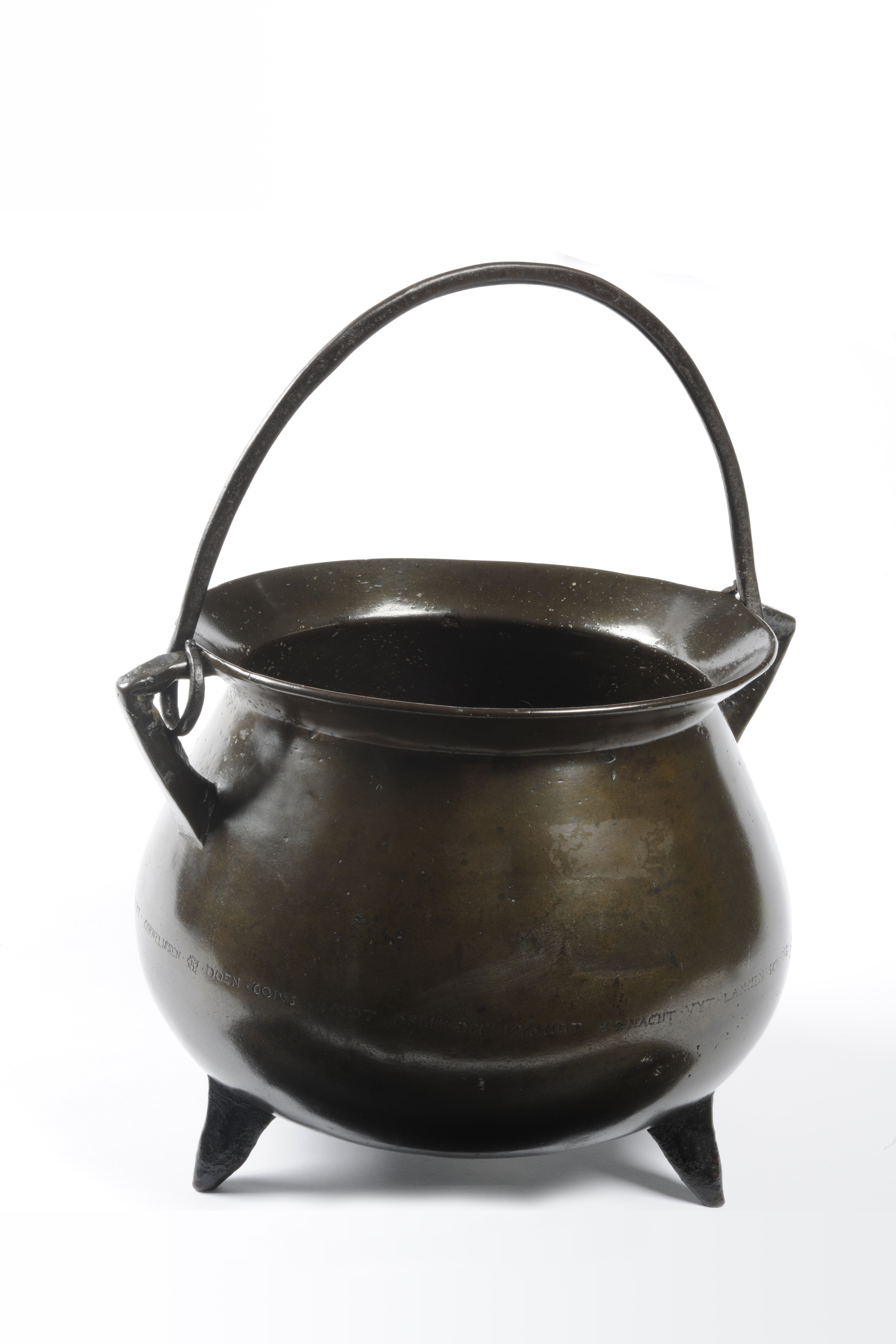 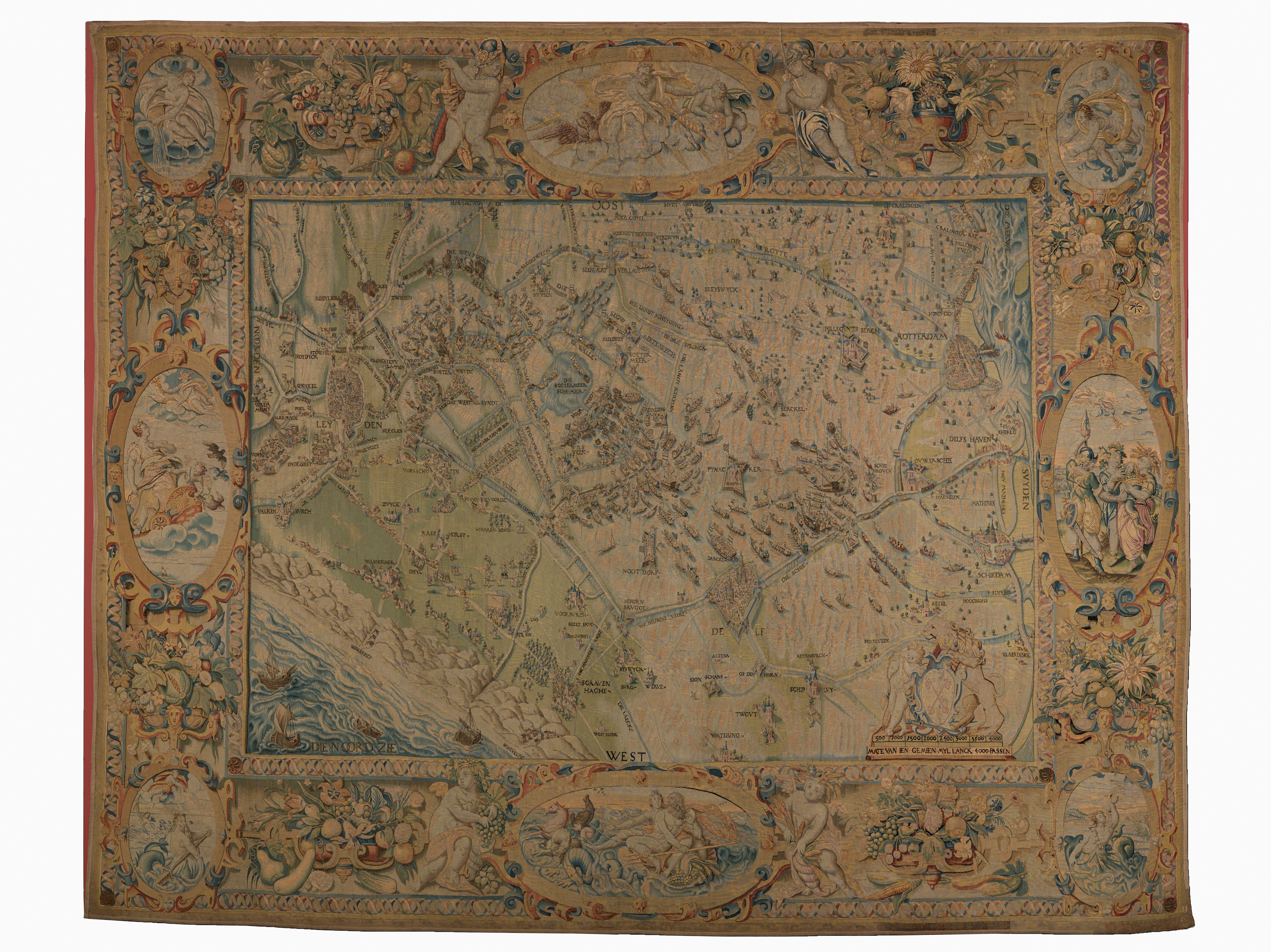 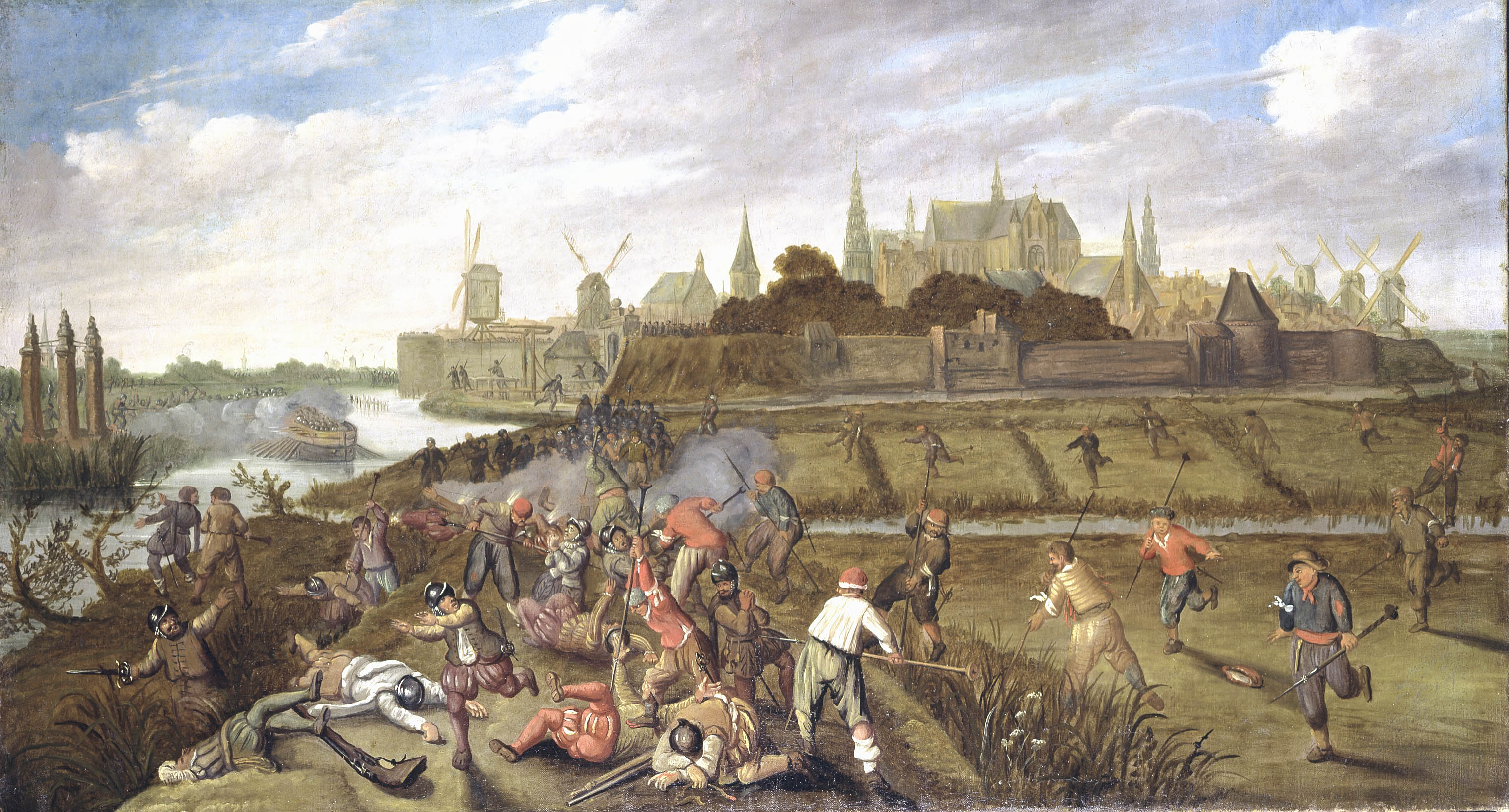