Every second friday of the month

Your weekend starts at the museum! Come to Museum De Lakenhal every second Friday of the month between work and the pub for a dose of inspiration and knowledge. Visit during Lakenhal Late between 7 p.m. and 10 p.m. the exhibition Imagine Intuition and participate in an in-depth program consisting of artist talks, performances and workshops. A drink (the first one is on us) and live music are included. Do we see you there?

view the previous edition
view the next edition

The programme on January 13th:

Laure van den Hout, editor-in-chief of Mister Motley, asks artists Bram Ellens and Lonneke Gordijn and scientist Andrea Evers about the theme of intuition and the realization of the works they made especially for the exhibition Imagine Intuition. 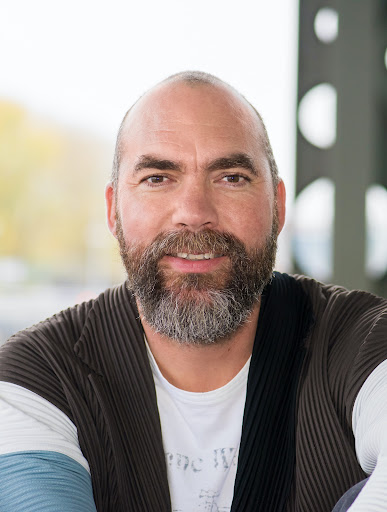 The relationship between humans, robots and technology is central to Bram Ellens' sculptures. He ascribes human or animal values to machines. Most people have a very emotional reaction, watching his installations. In Imagine Intuition, Bram opts for the classic representation of mother and child, which he sees as a primal image for intuitive relationships and communication. This is the first time Bram has allowed two robots to interact: a technically exciting exercise. 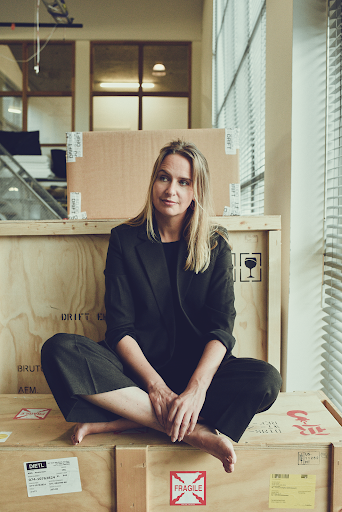 For years Studio DRIFT (Lonneke Gordijn and Ralph Nauta) has been asking fundamental questions about life with sculptures, installations and performances. In 2021, Lonneke Gordijn felt a need to reflect on her own work and working methods. Together with professor Andrea Evers, she delved into the theme of intuition. From an intensive dialogue between the artist and scientist, a new installation emerged: Guidance of the lights.

Andrea Evers is Professor of Health Psychology and head of the Department of Health, Medical and Neuropsychology of the Faculty of Social Sciences at Leiden University. From a personal fascination, she seeks to connect art and science, for example, by dissecting the creation of a work of art, the way of an artist, using different scientific disciplines. Thus, she tries to rationally investigate implicit knowledge and unravel the concept of intuition with artists and scientists.

Mini concert at Mother and Child

Besides being an artist, Bram Ellens is also a composer, singer and saxophonist. For several years he has been making soundtracks to his installations, together with musician friends. For example, Orphans in London was provided with a soundscape of forgotten singles, while the Robots in captivity series received a real EP with songs by Janne Schra, among others. During this edition of Lakenhal Laat, Bram invites two friends and true homo universales: Bart Hengeveld (composer, bassist, brain behind Jazz voor Kinderen and and university teacher) and Jaro Cools (guitarist, drummer, composer of wistful pop-tracks and architect). The three of them will compose - in the exhibition - songs inspired by Bram's work Mother and child and perform them once.

DRIFT - the connection between intuition and connection

In this lecture, Lonneke Gordijn will show you how intuition drives her creative process. The work of Studio Drift, which she founded in 2007 with Ralph Nauta, moves between disciplines such as tech art, performance and biodesign, exploring the evolving relationship between nature, humans and technology. Studio Drift's installations often deal with themes such as sustainability, what we can learn from natural processes and the implications of technological developments. Using visual material, she will tell you all about the deeper philosophical layer in their work during Laekenhal Late.

As you were - spoken word

Sophia Blyden is a writer, poet, editor and programmer. Telling and sharing personal stories is the common thread in her work, and she strongly believes that the power of vulnerability connects people. She enjoys writing about and organizing events around themes such as feminism, mental health and her roots in the Caribbean. Especially for Lakenhal Laat, she takes inspiration from the exhibition Imagine Intuition and explores the duality of intuition through spoken word. In this way she asks herself the question: when is following your gut safe and when is it dangerous?

Continuing in the New Hall

In A Tiny Intuitive Medicine Show, eleven students from the Royal Academy of Art (KABK) The Hague pay tribute to intuition: an elusive phenomenon that plays an essential role in their creative process. They set out an itinerary through the museum that is as cheerful as it is edifying, passing displays and expositions, interventions and paintings, (pseudo)scientific experiments and performances. Art and science, science and art: come and see!

All your senses on edge - walk-in workshop

Always in the Atelier

Making space for your intuition in a creative way, by turning off your thinking and turning on your feeling and inner knowing? You can do that all evening in our Open Atelier, led by visual artists Roos Tulen and Emma van Noort. Be prepared for a stimulation of all your senses, and an exciting quest for an unexpected end result!

The Hill Station is an indie/electronic duo of Ronnie Verton and Rutger Brouwer. With a mix of analog synthesizers and samplers, they create a warm and melancholic sound, exploring the space between synthwave, minimal techno and dreampop. They released their debut album In Dreams in May 2020 and released their second EP Seven Mornings in September 2021.

Please note that the collection rooms are closed during this edition of Lakenhal Late. The program is subject to changes. Keep an eye on this page for the most up-to-date information.

Lakenhal Late on Friday 13 January is made possible by: